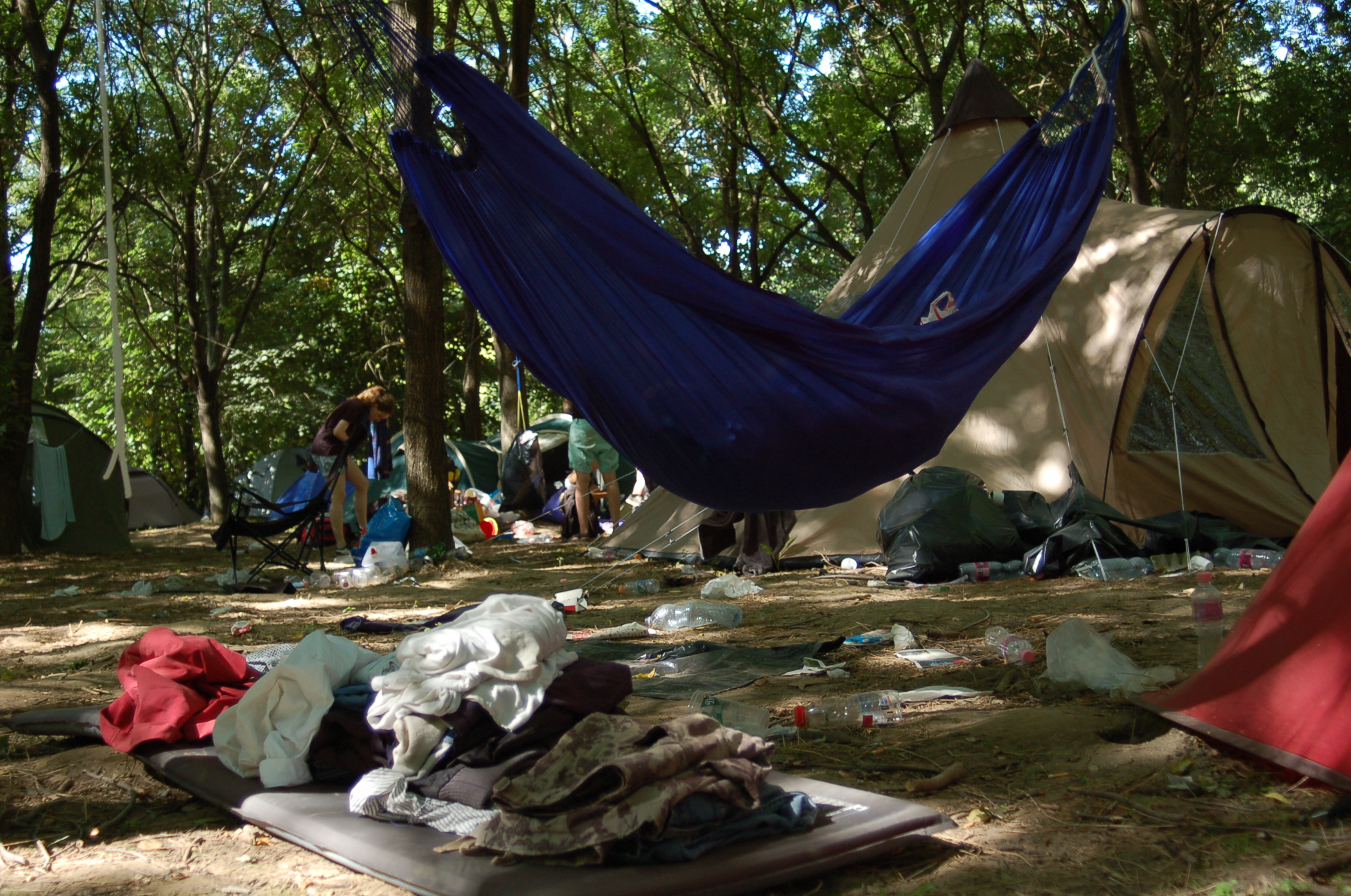 The Sziget Festival has been over for some weeks, still I feel the need to write a little review of this unusual, hungarian festival. A long story short; The Sziget is more like a funfair, than a festival. However, this does not concern the music -They had the most asskickin concerts by Dizzee Rascal, The Bloody Beetroots, Crystal Castles, The National or Deftones- But the set up and rules of the festival was not quite what I expected it to be for a hungarian festival. A whole bodysearch everytime you enter the festival island and the total ban of self buyed alcohol or food on the festival are the biggest differences to every other festival i´ve been to so far. On the island/on the festival you are able to buy almost anything to drink or eat and prices are kind of east european: 2€ for a big beer and 4€ for some food does not kill you, but think about, that you´re there for a whole week. Of course there are other ways to black out, so as smuggling vodka in mellons or simply steal liquor from backstage areas, but it still sucked hard. Anyway, the spirit of the Sziget is great and you can camp in the woods, which guarantees you long night, due to the cooling shadow on your tent. Showers are for free and the weather is at it´s best in Budapest at this time, so the Sziget is worth the try, but remember, that it is a expensive festival. Check it for yourself:

The Sugary Smell Of Springtime…