is the title of the current Yuksek album. We already had the single Always On The Run up on our blog, but it is the whole record that deserves your full attention. Living On the Edge Of Time is an electronic masterpiece, propably my favorit record for 2011 (Together with SebastiAn – Total) and so worth listening. Constant blogging and my crave for new music brings me across a lot of trash, but that makes you only appreciate a treasure even more, when you find one, and this one truely is a treasure, a pearl of music if you like. Yuksek is one of the few “DJ”s who actually make proper music, nor then just remixes or aggressive electronic music. His work can be compared to any musician out there and I´m sure he beats about 90% of them. In a world, where every hipster with a computer becomes a DJ, the work of a few become more important than ever before. Yuksek´s album is not to heavy and it is not too pop-ish, it is rich in variety and simply fun and exciting to hear, again and again. I´ll post my favorit tracks here, so you know what I mean, and you should get, what could be our generations White Album : The brilliant artwork supports that!

Yuksek – Off The Wall

Yuksek – On A Train 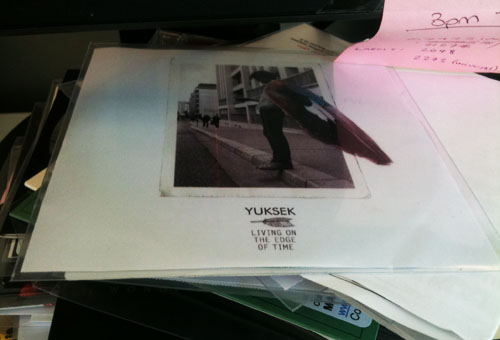 PS. It really make me think, that the first two records I can think of to be Album of the year 2011 are by french electro artists, and neither of them is Justice. Though I´m a fan of their new style, I must say it was not enough -The ban of the second record- but we will see how it turns out live…