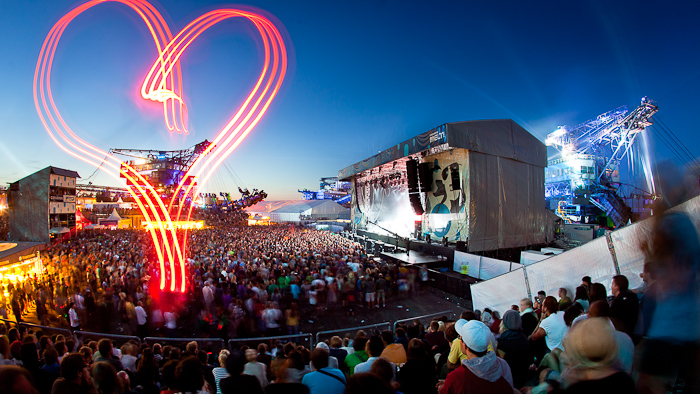 Some of us are heading to the infamous Melt! Festival, Ferropolis, Germany this weekend. Some of us have been there for several years now but no matter if fresher or not this gonna be a blast for everyone. The forecast is quite promising which means not only amazing acts are waiting but also the popular lake/beach next to the campsite will be centre of the afternoon chill outs. As a little appetizer and maybe inspiration for the weekend I’d like to line up a couple of artist I’m looking forward to.
Obviously I won’t name the headliners, I Just assume that everyone has heard about them and is going to watch at least some of them anyways.

Bonobo has been on my want-list for a long time. Sadly it’s only a DJ Set and you never know if it’s a good or a bad thing. I’ll certainly try to see some of this set right before and right after London grammar.

This Berlin act is playing friday right after London Grammar and in my opinion a great transition between the chilled and atmospheric artist in the evening and the upbeat stuff later in the night. Great House and dance beats with lyrics, absolutely my thing in this genre.

Is a Edinburgh based band, I saw them on a Festival in Amsterdam just recently and really liked their sound and their overall style. A mix out of hiphop indie and pop sounds made the set really exciting, I guess this is one of the reasons why the NME just recently called them as one of the most exciting live acts at the moment. Give it a try…..!

Cashmere Cat are probably already quite know. They Haven’t released new material in a while hence this relatively old track. It’ll be certainly an alternative to Kylie Minogue on the main stage and right after young fathers.

Germany’s music scene is not always the best but every now and then some good stuff is reaching out to the big stages. This time pool with there surprisingly fresh indie sound are a watch-out act on sunday. Sadly playing at the same time as Jamie T, but I’ll certainly will go there for a part of their set.

Although one of the headliner on Sunday, definitely worth mentioning because I thought that most people have never heard about them. I’ve always been fascinated by the British rock scene of the late 80s and early 90s and this band is often overshadowed by big names such as oasis,blur or stone roses.