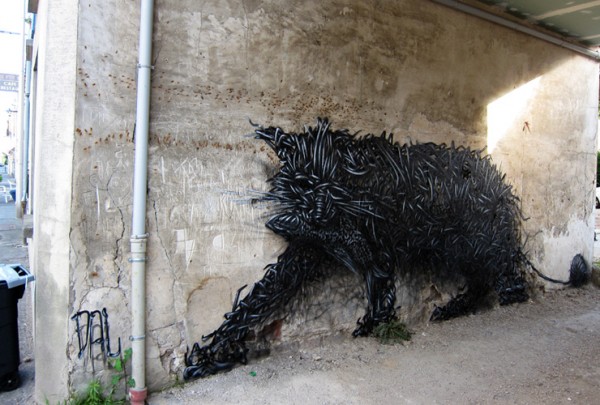 Going through my music collection the other day turned out to be real trip to the brain: So many memories! Some are blurry, some are not and some just now sharpend. The traces took me way back, right back to the year of 2008, where three insanely drunk boys crossed paths with a bunch of crazy dudes from the deepest german countryside, near the old innerborder. This event turned out to be an important gathering for human history -These people where ment to meet each other, forced together by a common, higher need: The need for disaster, destruction and escalation.
Though, this way of life was nothing new to me, those badass electronic beats and the raping bass, finally gave a voice, an own soundtrack to the art destruction, which I/we have been practicing. A soundtrack, that everybody could dance to. Loved it ever since.
Now I´m disturbed by how many brilliant tracks I´ve seem to forgotten over the time, so Flenstyle classics opens once again and hopefully, this time theese tracks will last:

Nota Bene: That last one may be out of context, but the swiss dou Saalschutz truely deserve all the attention they probably can get. Not because the are new in business, but because they are providing some of the best work in german electro-punk. That has to count for something, right?
▲

Get Crunk // And Ugly