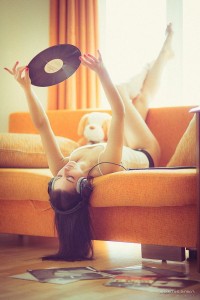 It’s been a long time since we’ve presented you some new indie tunes on flenstyle. That was certainly not due a lack of hits recently. Therefore today a little recap of the latest must heard tracks…. have smashing weekend out there!

Catfish and the bottlemen has the released there album already end of 2014 but somehow they just now came across my playlist. The verse of this chorus simply is fucking stuck in my head…. what a powerful voice!

Catfish and the Bottlemen – Kathlee

FFS could stand for the english curse “for fuck sakes” but it does instead stand for Franz Ferdinand and Spark. This collaboration of US Band Sparks and the Scottish boys released the album just this week, it has a very happy vibe and shouldn’t be missed in any well organised Indie playlist.

I’ve seen the slaves quite recently on a festival in Amsterdam. I had known some of their stuff already before but that show flashed me. This combo bloody teared the stage apart. Their style is not really categories as Indie but how gives a fuck this english punk meets grunge meets indie stuff is in its simplicity pretty cool

Something local for me. Taymir are boys from Den Haag and just finished their germany tour. They played a couple of shows in all major destinations around the country and received good recognition. They’ll also support The Kooks at two shows in Germany. The sound is great and relatively unusual for a dutch band considering that electronic tunes are pretty much everything what’s being played in the clubs around the country.

Last but certainly not least is the wonderful florence welsh and her machines. I personally had high expectations on her new LP and I only can say they delivered. I got the vinyl myself just last week and I’m really pleased with it….